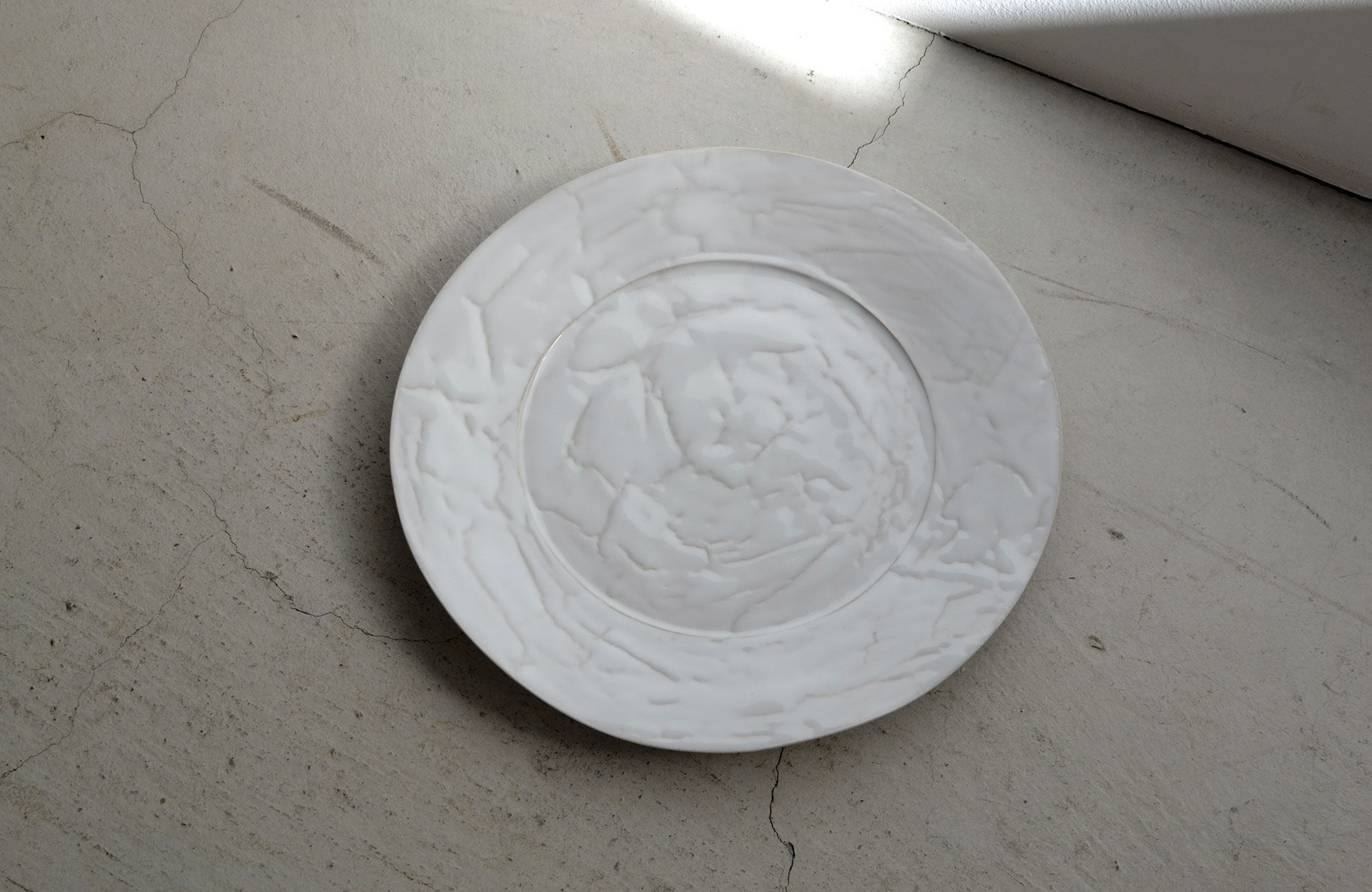 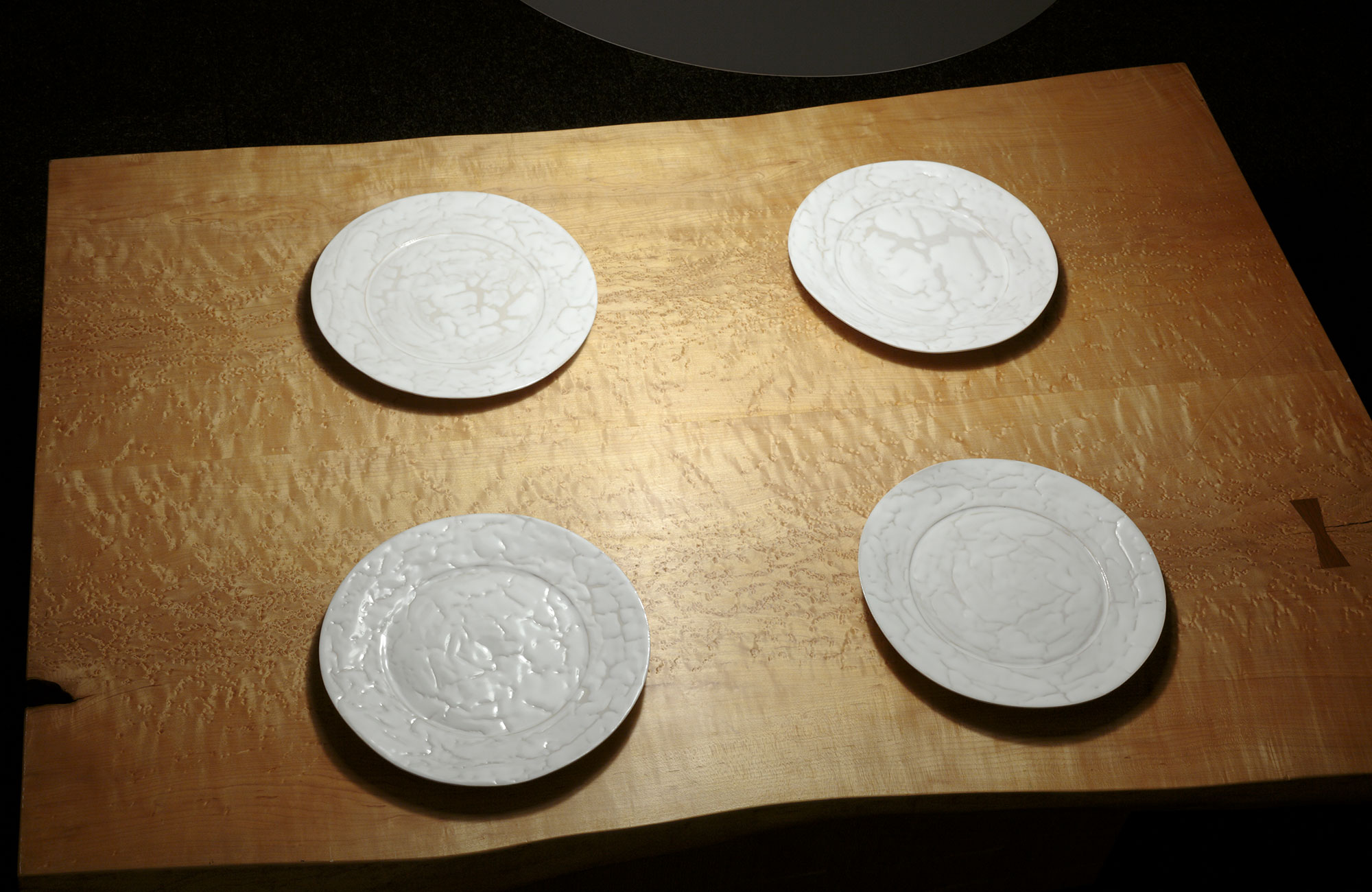 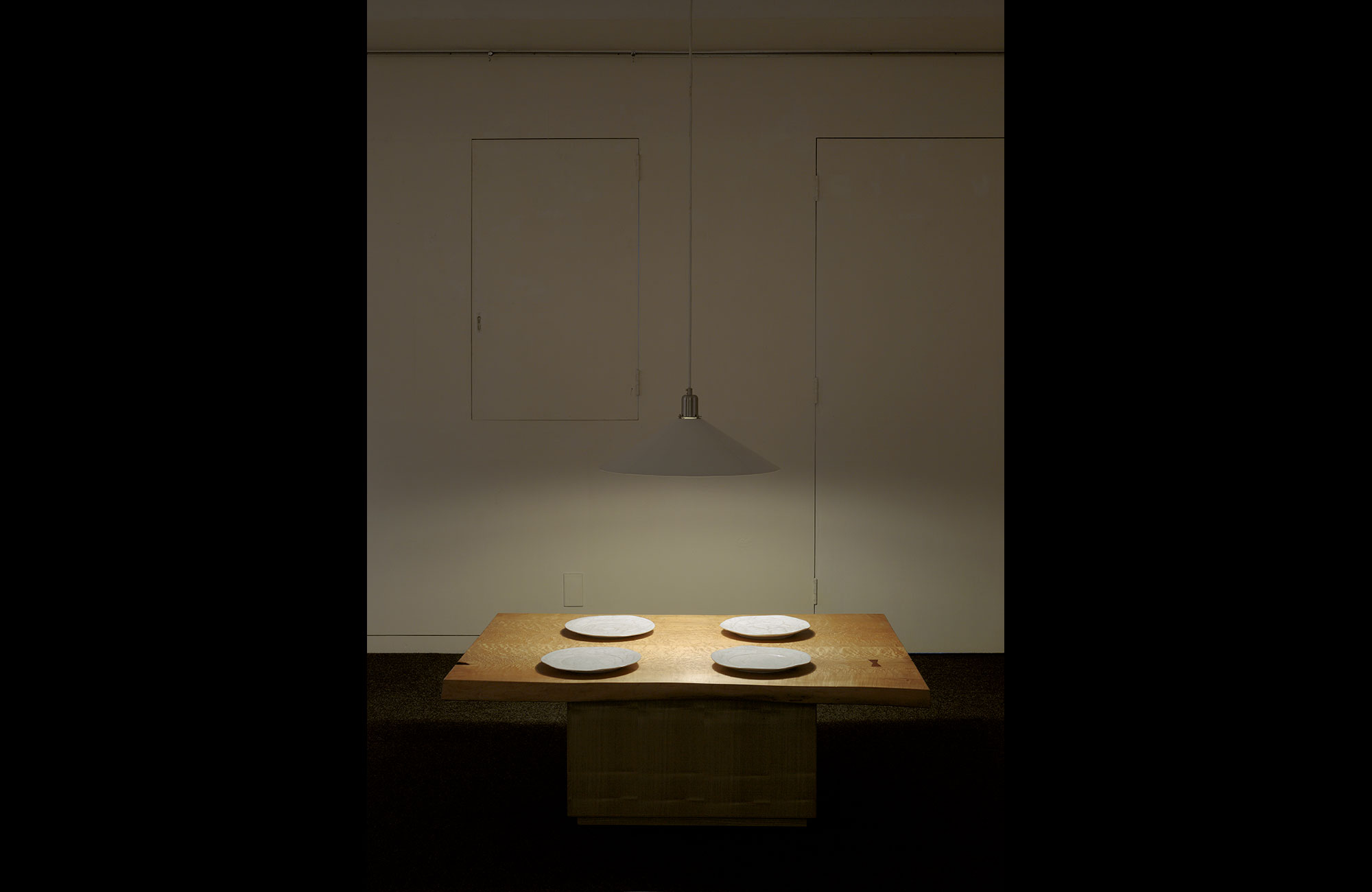 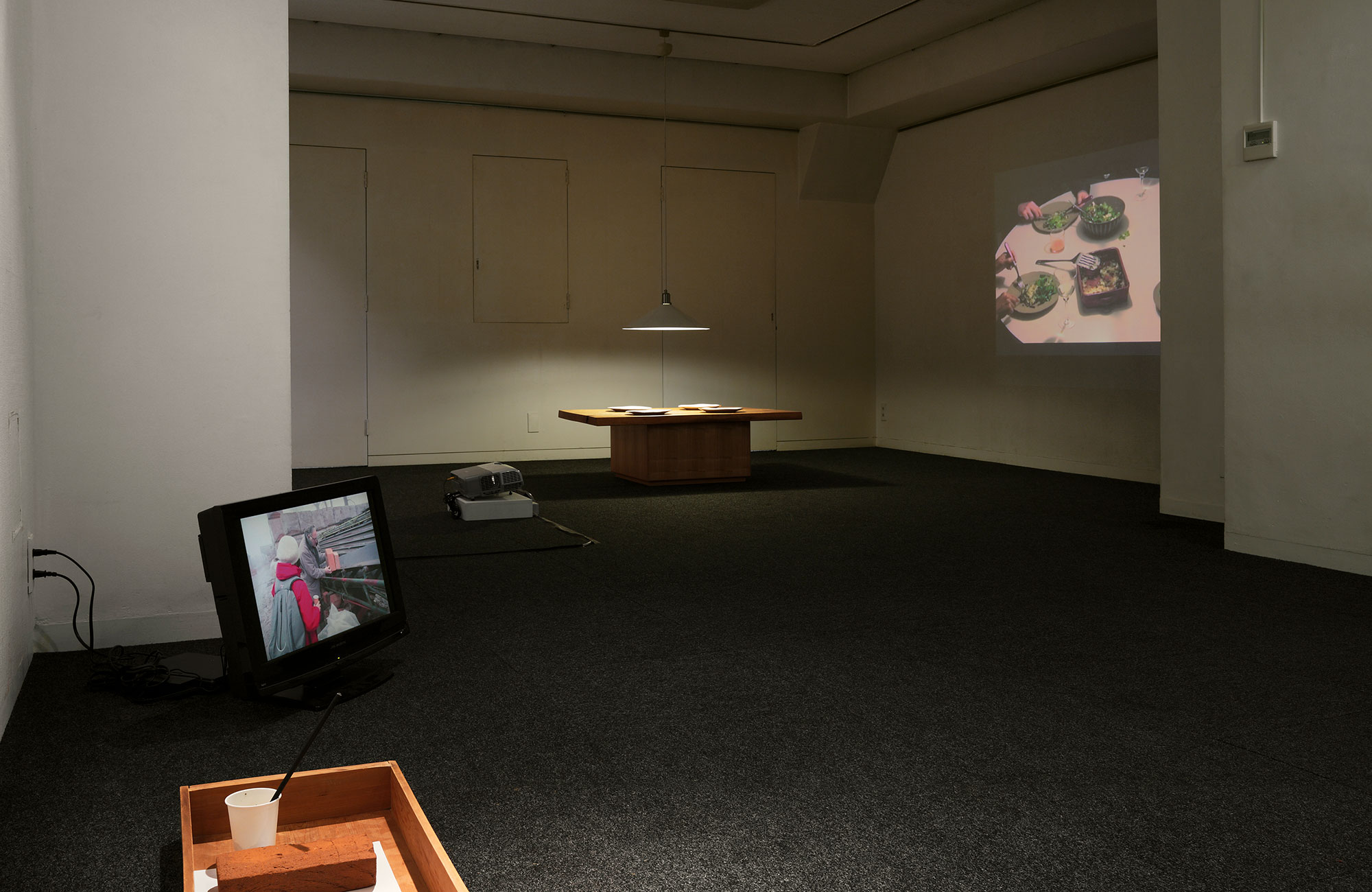 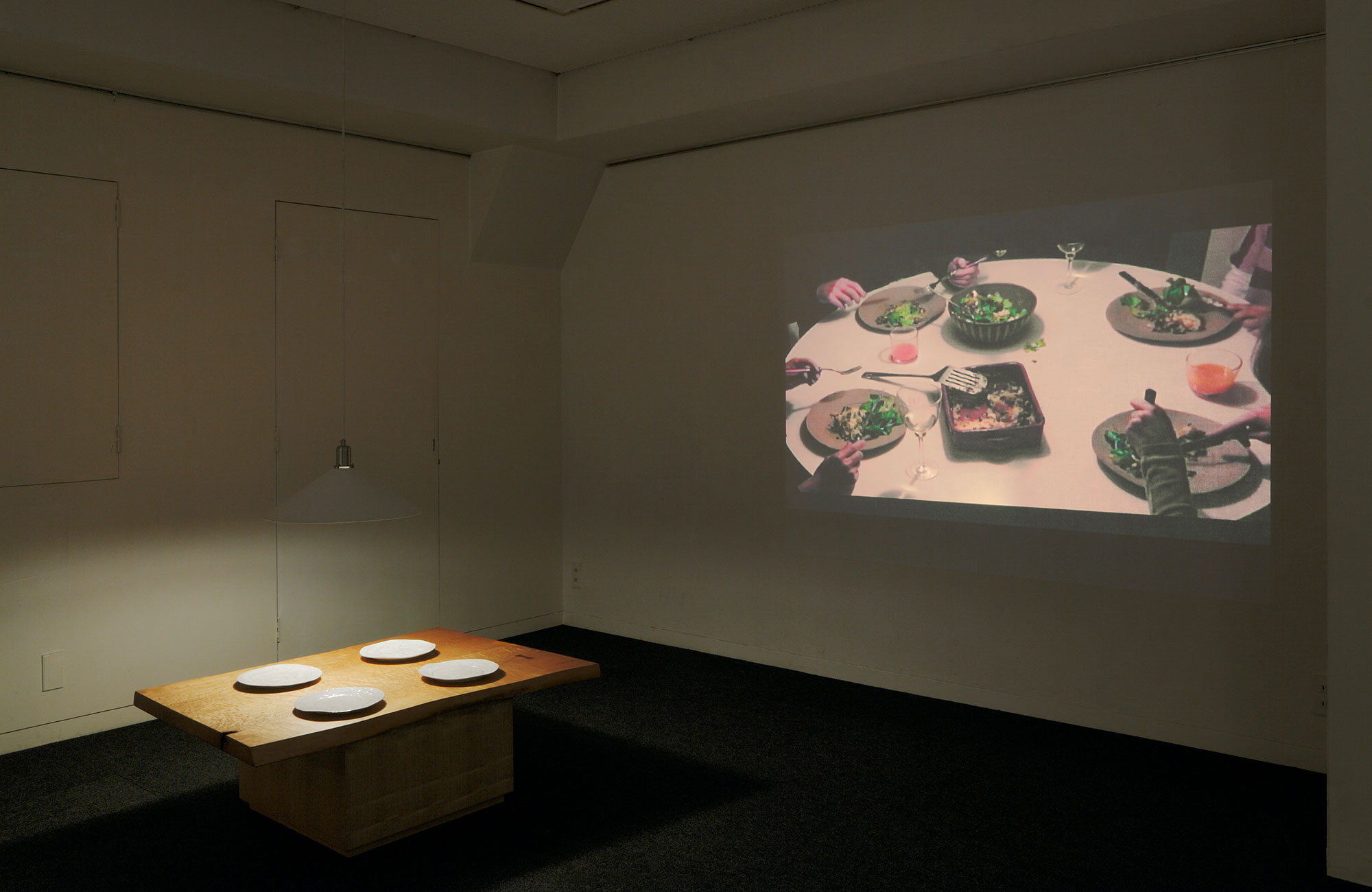 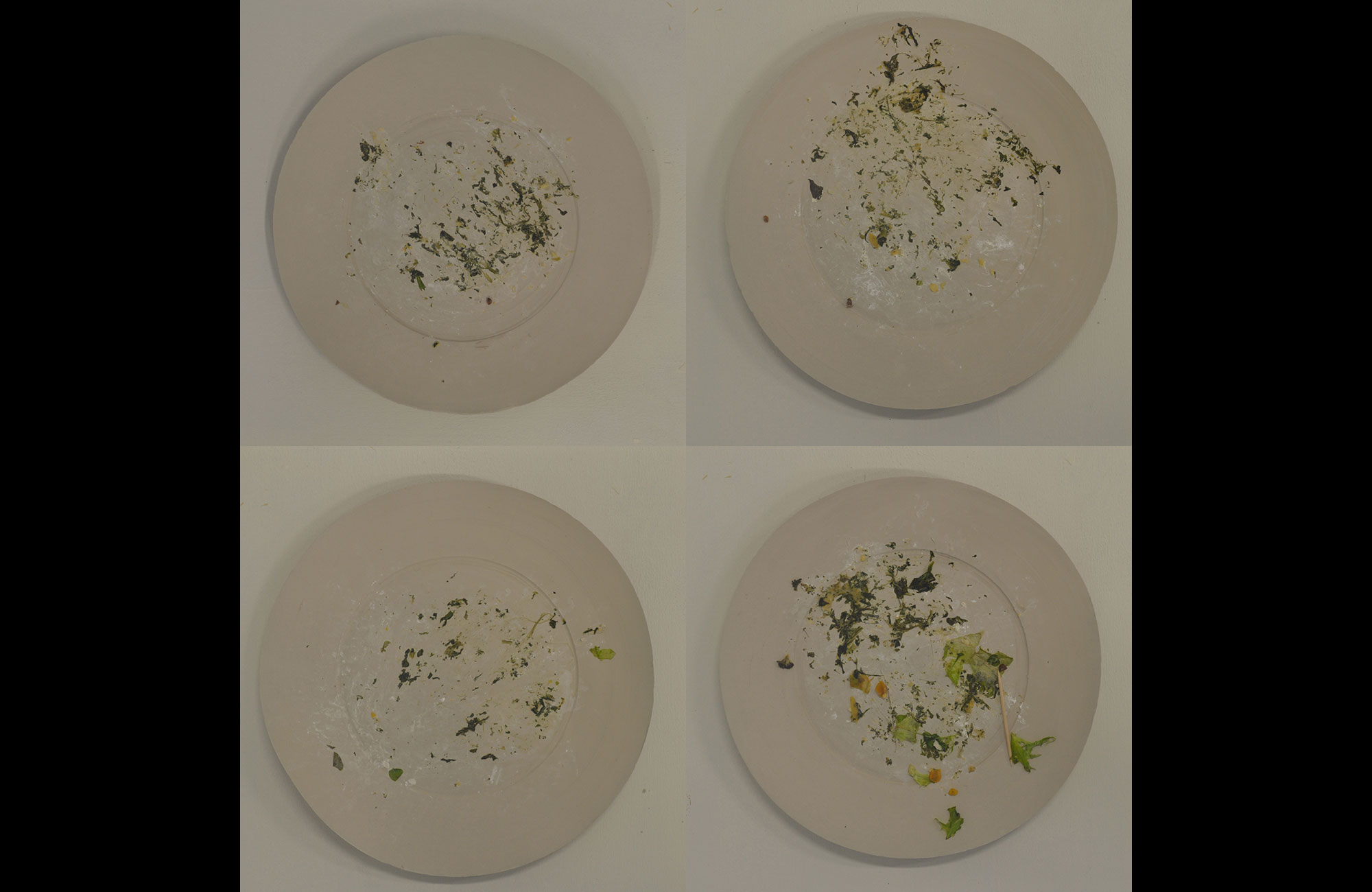 P for Plate “memory of plates”［solo］

This is a story about the memory of clay.
These plates have the memory of the dinner I had with friends on the 20th of November 2011 in Utrecht.

I made the plates and then had a dinner with those plates when they were still wet and were at the leather hard stage. My friend made a dinner for us and we talked over the plates. After the dinner they were moisturized and warped through use but later I dried and fired these plates. Firing clay to 1250℃ in the kiln means I am helping them vitrify and become something else. Clay is made from the earth and has the memory of millions of years. But the last memory of these plates were the dinner we had. Ceramics is the first incident that human beings utilized a chemical change.
I am showing the documentary film of the dinner we had with unfired plates and the four fired plates we used at the time.